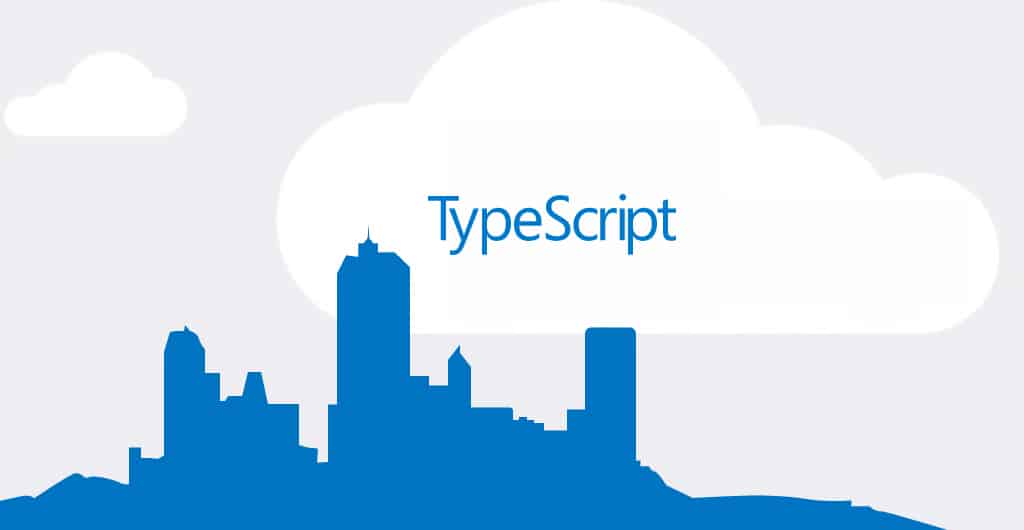 Here are more articles about Typescript:

SOLID is an acronym for the first five object-oriented design(OOD) principles by Robert C. Martin, popularly known as @UncleBob.

The five SOLID principles are:

These principles, make it easy for a programmer to develop software that are easy to maintain and extend. They also make it easy for developers to avoid code smells, easily refactor code, and are also a part of the agile or adaptive software development.

The SRP requires that a class should have only one reason to change. A class that follows this principle performs just few related tasks. You don’t need to limit your thinking to classes when considering the SRP. You can apply the principle to methods or modules, ensuring that they do just one thing and therefore have just one reason to change.

The class Task defines properties related to the model, but it also defines the data access method to save the entity on a generic data source:

The  Task class can be divided between Task class, that takes care of model description and TaskRepository that is responsabile for storing the data.

Software entities should be open for extension but closed for modification.

The risk of changing an existing class is that you will introduce  an inadvertent change in behaviour. The solution is create another class that overrides the behaviour of  the original class. By following the OCP, a component is more likely to contain maintainable and re-usable code.

The solution is to create two new classes: one for each type of card. 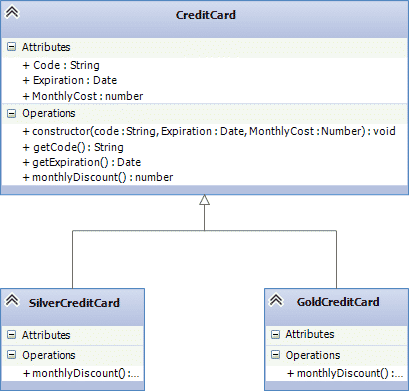 The concept of this principle was introduced by Barbara Liskov in a 1987 conference keynote and later published in a paper together with Jannette Wing in 1994.

As simple as that, a subclass should override the parent class methods in a way that does not break functionality from a client’s point of view.

The AddressWriter class refers PostalAddress: the writer parameter can be of three different sub-types. 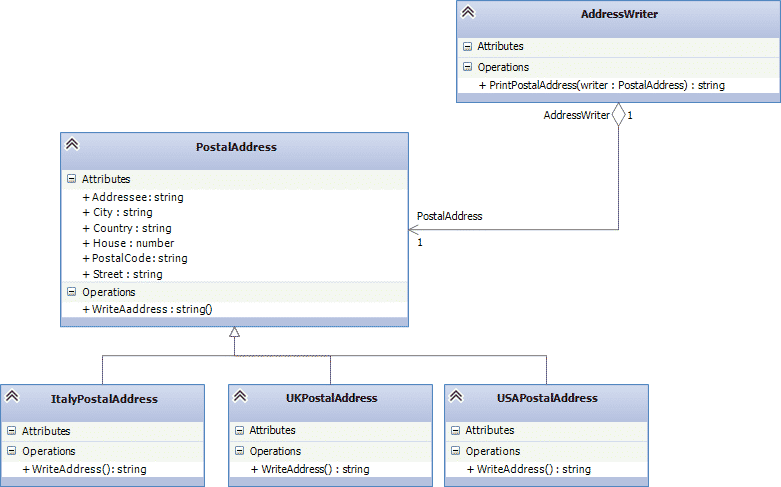 It is quite common to find that an interface is in essence just a description of an entire class. The ISP states that we should write a series of smaller and more specific interfaces that are implemented by the class. Each interface provides an single behavior.

The following Printer interface makes it impossible to implement a printer that can print and copy, but not staple:

The following example shows an alternative approach that groups methods into more specific interfaces. It describe a number of contracts that could be implemented individually by a simple printer or simple copier or by a super printer:

The DIP simply states that high-level classes shouldn’t depend on  low-level components, but instead depend on an abstraction. 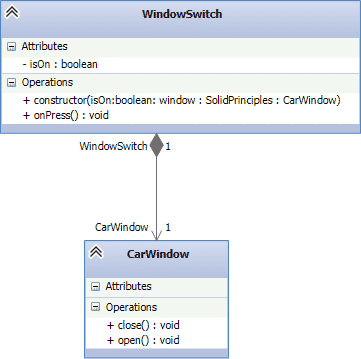 To follow the DIP, the class WindowSwitch should references an interface (IWindow) that is implemented by the object CarWindow: 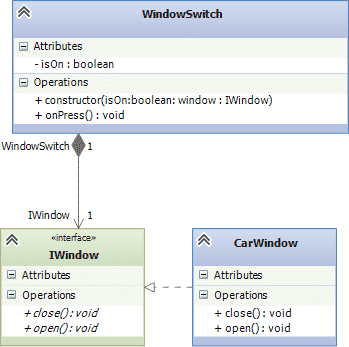 Typescript make it possible to bring all of the principles and practices of OOP into your software, using SOLID principles to guide your design patterns.